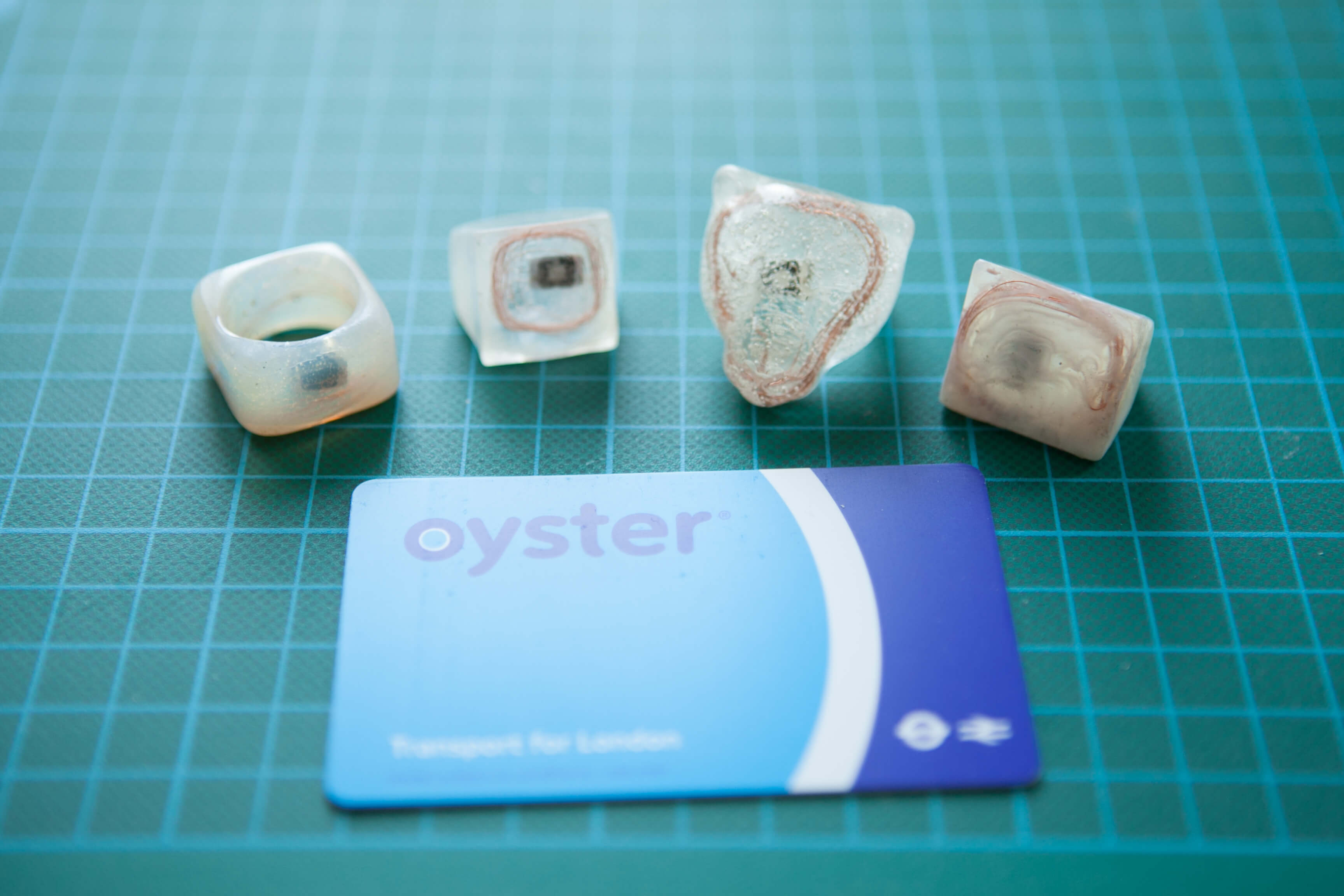 Personal project for my own research on wearable digital devices.

RFID chip, tags, NFC and anything else you call it now is getting popular in many formats.
Barclays bank has launched its first NFC based credit card sticker the other day.

So I decided to investigate more on what we can do to make them look different or fashionable than just a card.
I've got an Oyster card with me so I decided to hack it and made it as a ring.

First I have to remove the chip and its antenna from the Oyster card.
I've found a tutorial on Youtube, surprise! (not really, pretty much common knowledge).
We can use a nail polish remover to break the laminate on the card to retrieve the chip.

This can only be done on older versions of Oyster cards, newer version uses a different material.

Once it's broken down, we can retrieve the chip and the antenna.
Then I tried to make the loop  smaller to fit into a ring and mould it into a resin ring mould.

So this is the final result, the first prototype.
It's not the best looking ring out there due to bad choice of ring mould, but it works for the first prototype.
As you can see in the video above, I need to remove the ring to touch it to the reader, because the loop is actually the one that makes it work.
Version two would have the loop on one of the ring's surface so I don't have to remove the ring from my finger to use it.

Bear in mind that it's illegal to create something like this and it was quite a nerve wrecking adventure to use the ring, let alone film it. But for the sake of art and technology, a little bit of experiment with breaking the law must be done.
Within limits obviously. 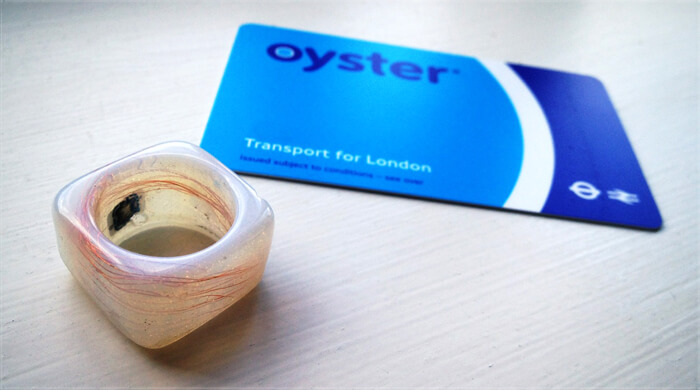